The Bike:
I traded frames with a fellow vintage mtb buddy.  He bought this Yeti new in 1991, rode it hard.  My original intention was to build it back up and continue to ride it as is.
It had a seriously bad case of stuck bb with an extraction attempt somewhere along the line that was unsuccessful.
Ultimately it required a frame builder and some heat to get it out.  The paint was already on the tail end of acceptable, yellow was faded.
The Tange decal and integrated seat binder make it a Pro FRO, but it has the hand machined 'team' drop outs and pre-Pro FRO decals.  As with a lot of Yeti bikes, its some quasi-transitional FRO/Pro FRO quirk.
But it was in my size and classic team colors made it worth while restoring.  I think I found a happy medium of classic Yeti, 'Team Racer', and a hint of Tomac in a rider friendly package.
It ended up cleaner than I'd originally designed in my head, but will still serve as a rider and won't be babied. Thanks to M.A. for the opportunity to make this bike whole again, and M.K./Second Spin Cycles for hooking me up with the stem, decals, and ferrules.

As I got the frame. Hard to see, but what's left of a Shimano UN BB is still in there. 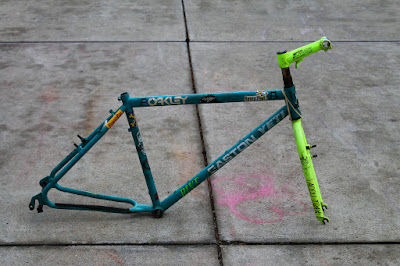 After the shell was pulled.  You can see where the previous attempt cut the threads a bit. The threads were chased and it was determined to be otherwise safe/usable, no rust or compromised tubing.

Back from paint and the start of decaling.

And finally the end result.

This decal can also be seen on John Tomac's actual Yeti FRO.  Not sure how I ended up with one, but it seemed an appropriate use for it.

The Ride:
Having owned just about every version of a Yeti, this FRO is distinctly...well, Yeti. It's not a great climber and it's not all that forgiving.  But the faster you go, the better it works. It needs man handling through tight terrain.  It's predictable in the air and over rough sections of trail. It's a classic NORBA style race bike and probably ideal under a power rider with DH bias in mind. 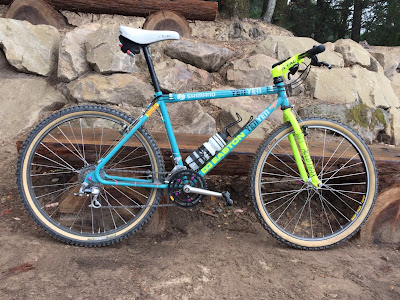 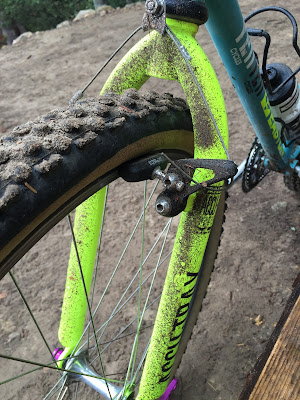 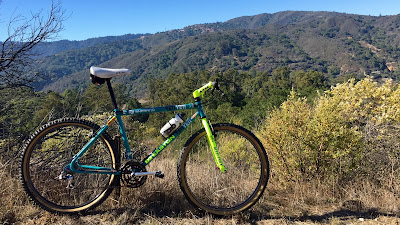 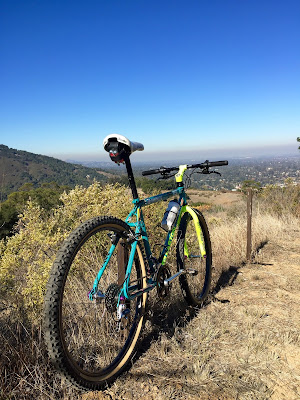 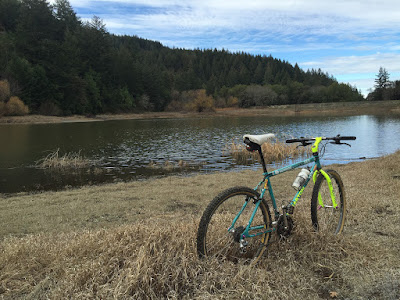 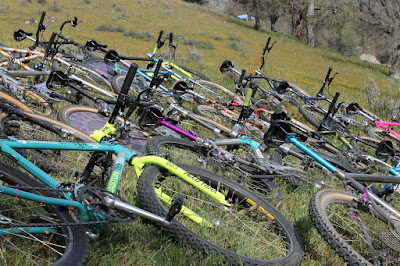